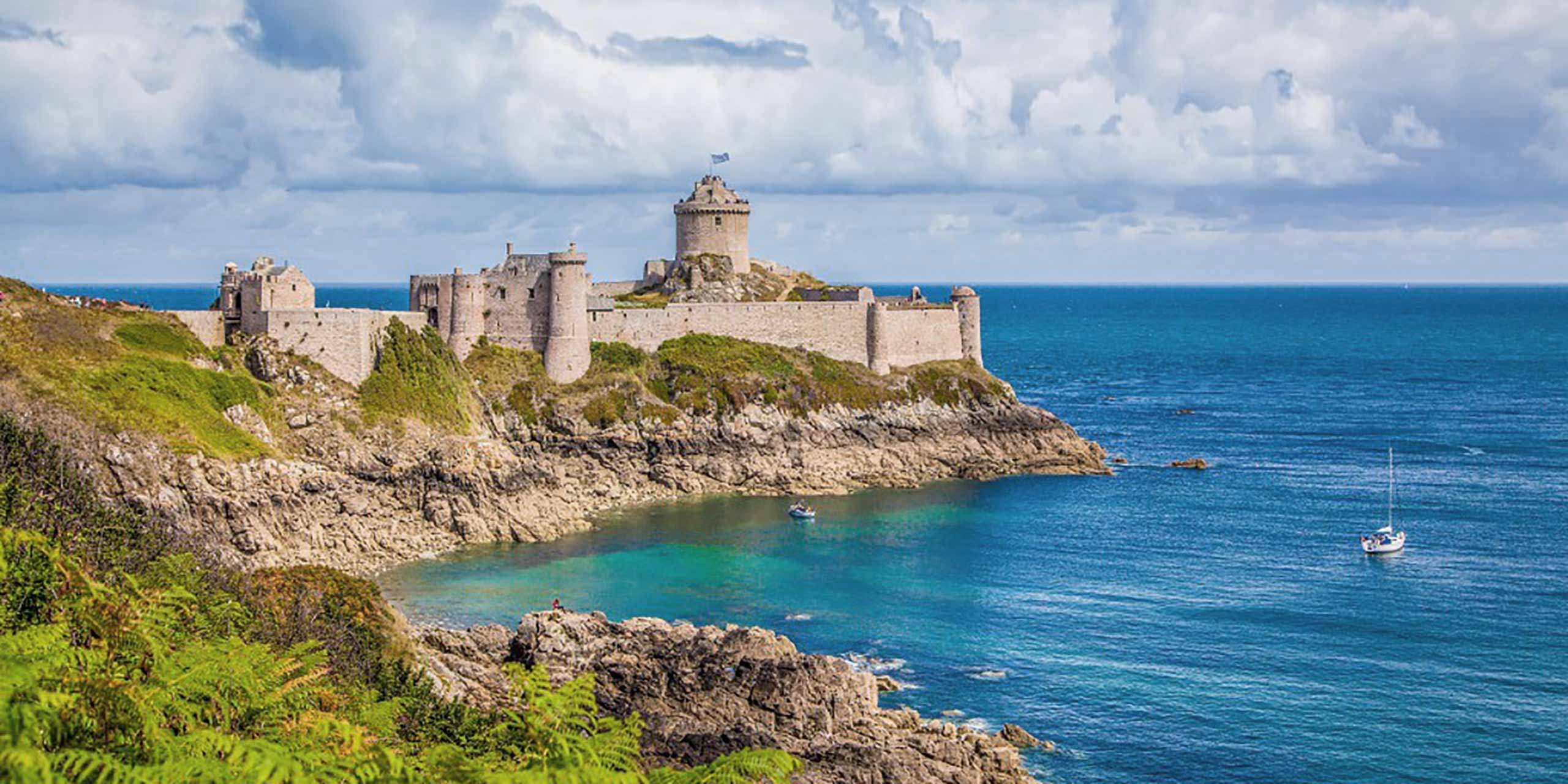 There is an abundance of châteaus (castles) and other historic buildings in the region that are well worth searching out if you want to appreciate or learn a little more about Brittany’s rich history.

All opening times and admission fees listed here are for guidance purposes only and are subject to change or error. Always check online or at the tourist office for up-to-date information. If you notice a mistake, please feel free to make us aware of it. 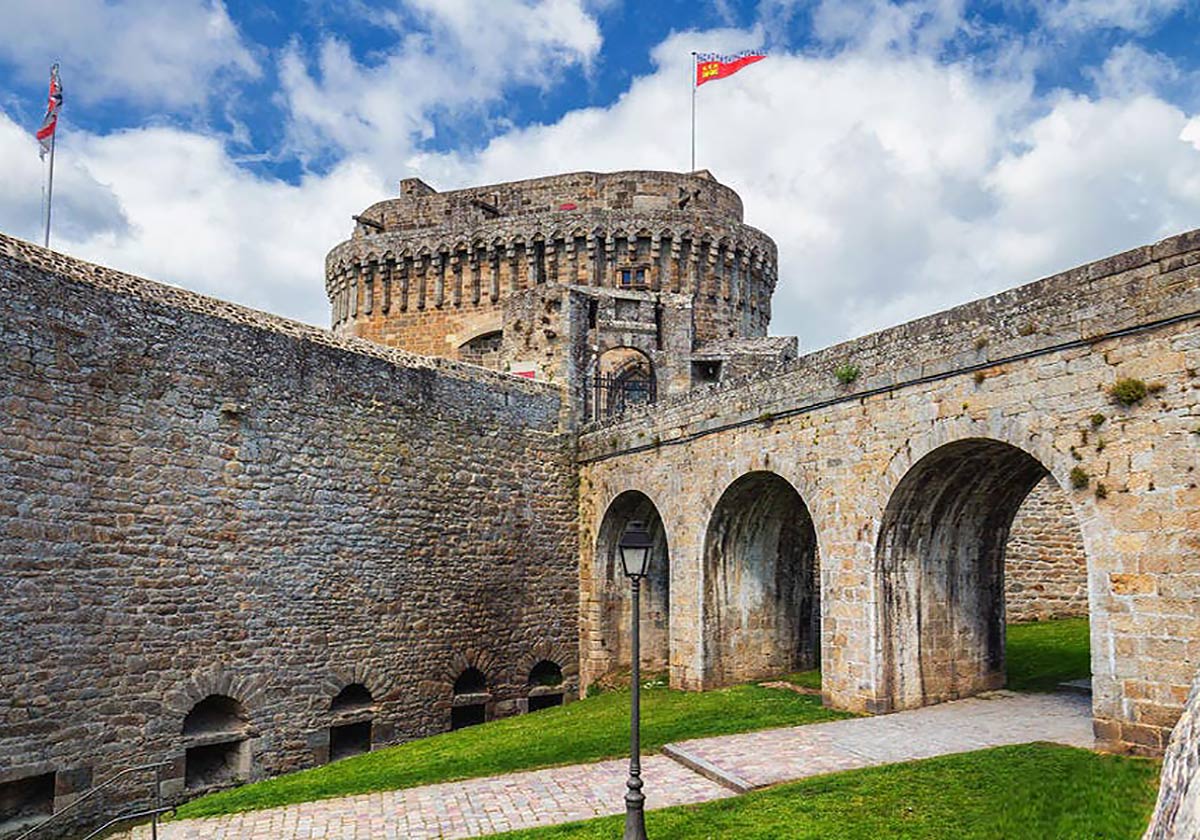 Dinan Castle Museum is a former keep now housing the local museum and offers stunning views of Dinan from the museum terrace. The keep and gate form part of the ramparts (nearly 3km long) which surround the old town. Open every day (10:30am – 7pm) from April to September. In the winter months of October, November and December it’s open afternoons (1:30pm – 6:30pm) but closed on Mondays. Admission is €7.50 (€3.50 for children) and under 6’s go free. 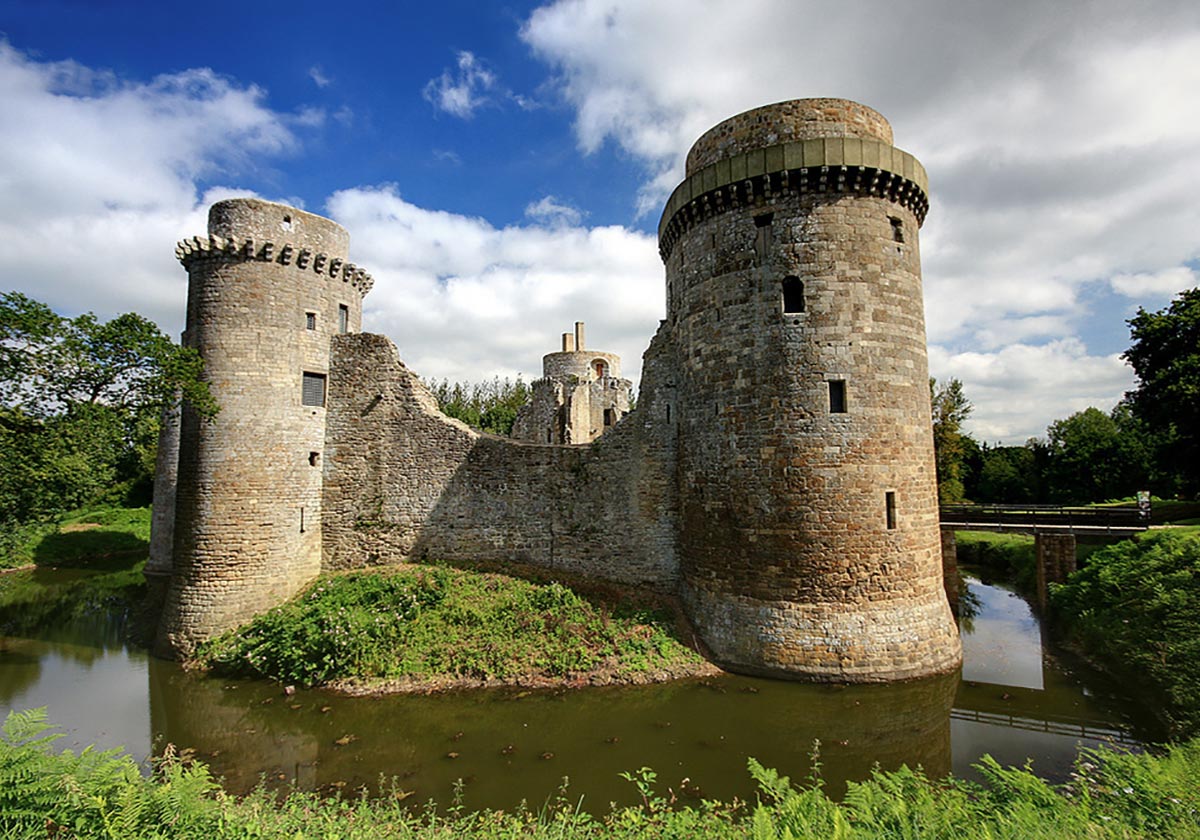 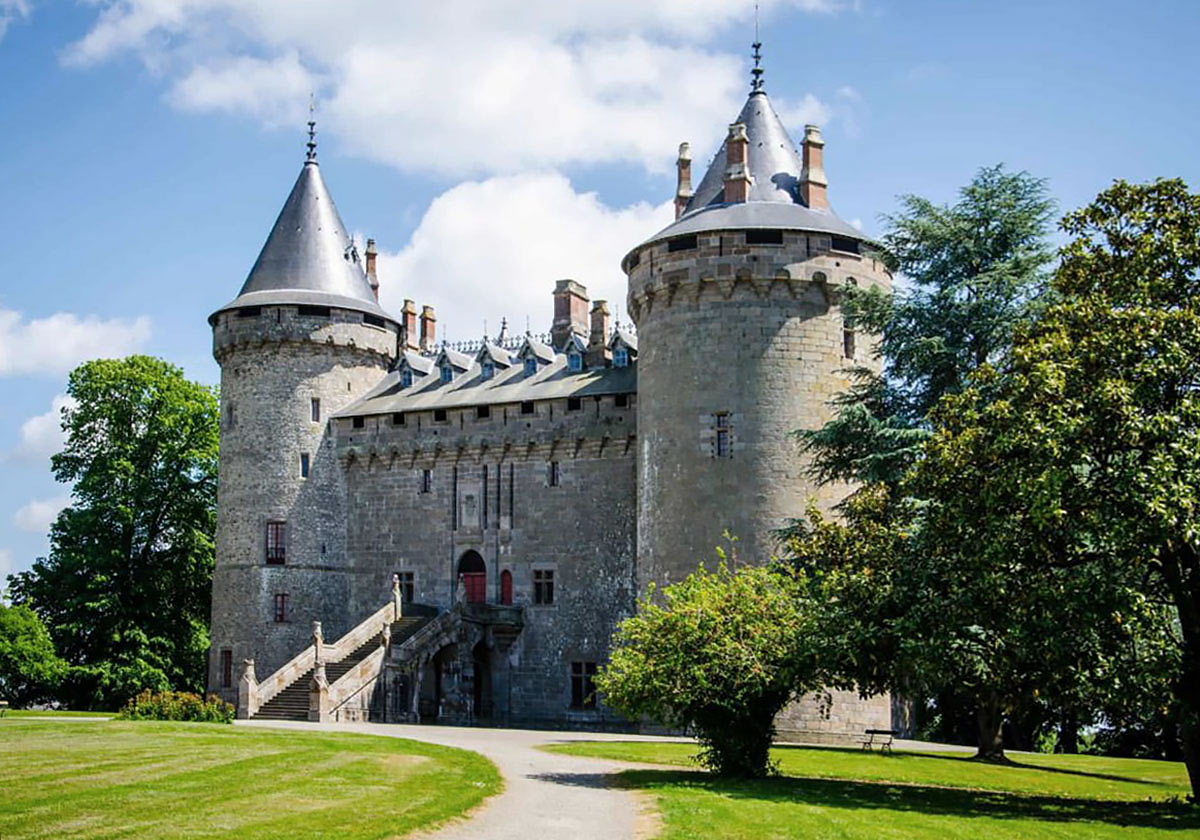 The castle was built in around 1025 and stands on a small hill next to Lac Tranquille in Combourg. The park and castle are open every day in July and August 10am – 12:30pm and 2 – 6pm. In April, May, June, Sept and Oct it’s open weekdays and Sunday afternoons (closed on most Saturdays). Note: the last tours start at 5pm. Admission for the park and castle is €8.70 (€4.70 for children) and under 5’s go free.

About 30 mins east of Rennes lies the impressive medieval castle at Vitré. The castle houses the town hall and a museum of art and history. It’s open every day in July and August (10am – 6pm), and every day in April, May, June and Sept (10am – 12:30pm and 2pm – 6pm). In the low season opening hours are further reduced and it’s closed on Tuesdays. Admission is €6, but free for children. 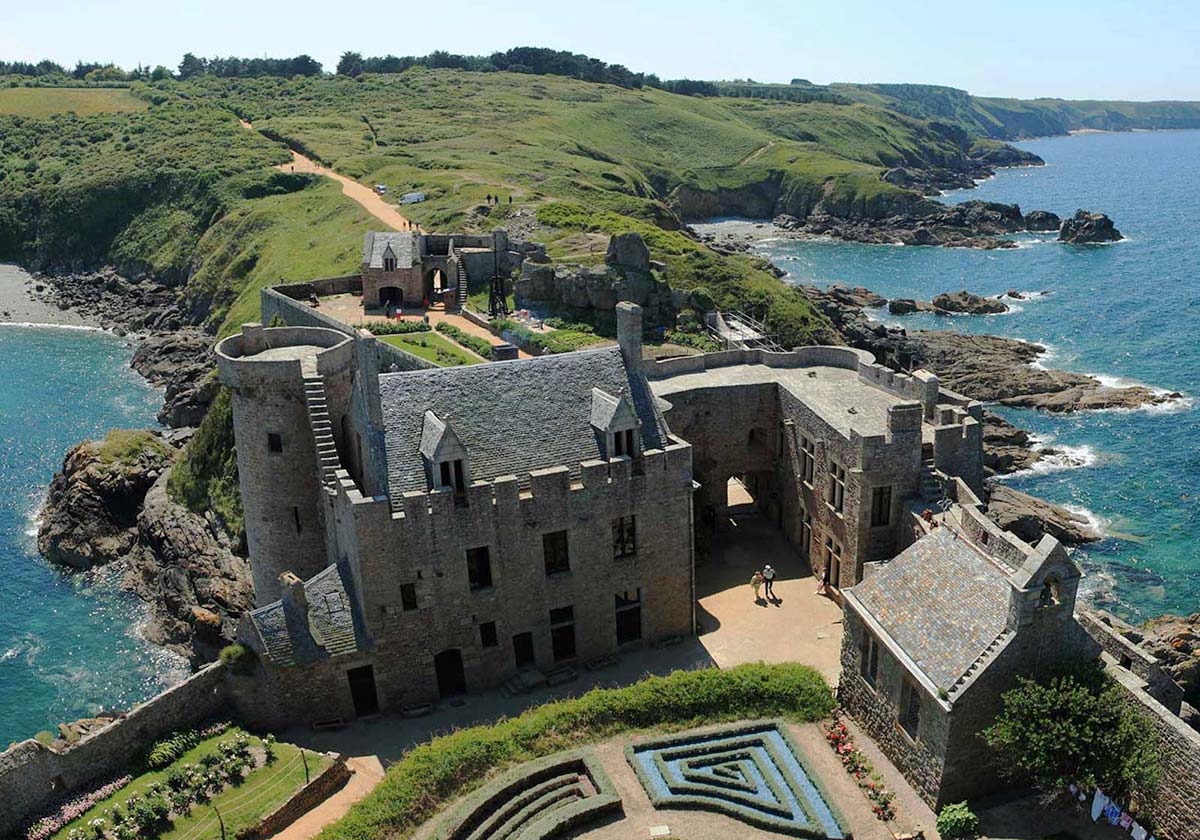 An old feudal castle, built in the fourteenth century, perched above the sea on a rocky headland. It’s been featured in a number of films, most notably ‘The Vikings’. Open every day from April through September 10:30am – 6pm (7pm in July and August), and outside these months it’s open most weekends from 1pm – 5pm. Admission is €6.60 (€4.40 for children under 12 and free for under 5’s). 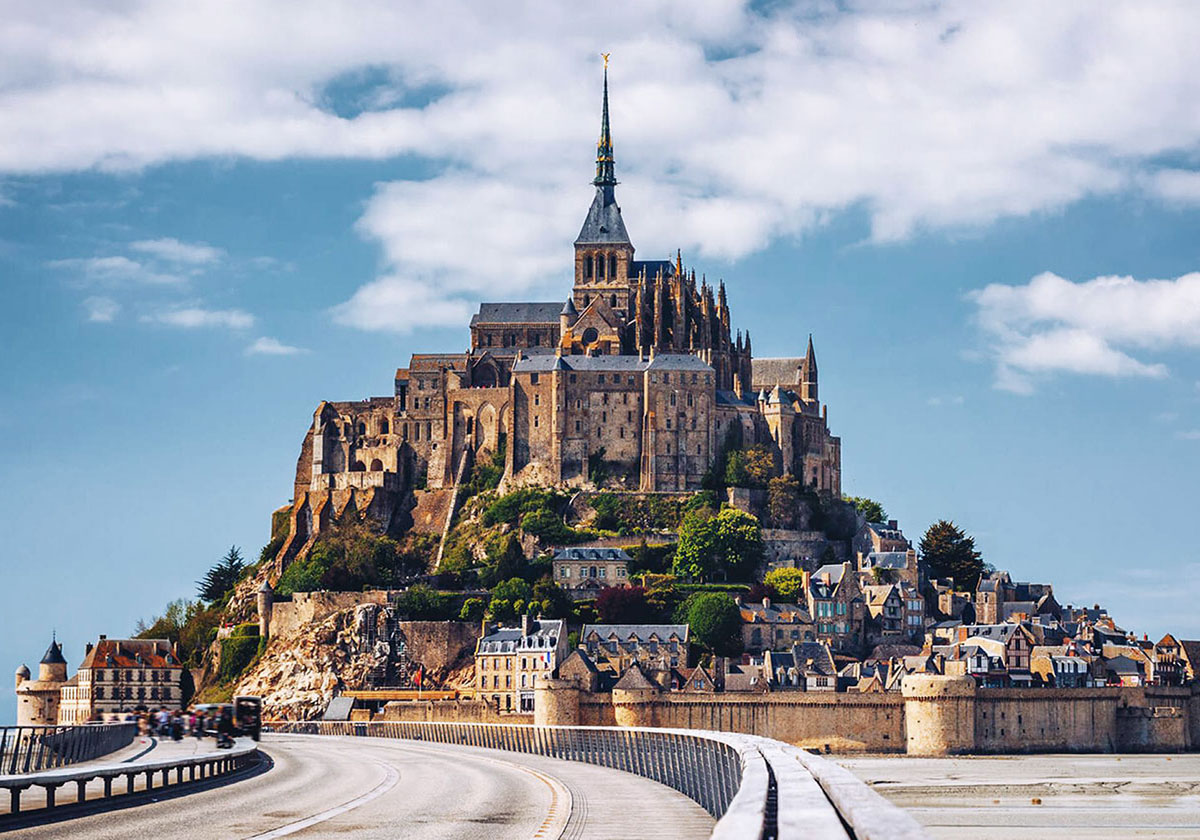 Mont Saint-Michel is just 40 minutes away by car, and one of France’s most popular tourist attractions. The world-famous island abbey may stand in Normandy, but much of the phenomenal UNESCO World Heritage Site ‘Baie du Mont St-Michel’ forms part of Brittany. Visiting this historic site is highly recommended and further details are available at the tourist office.

It’s important that you check the times of the tides when visiting and observe any safety notices. Open all year round. Admission to the abbey at the very top typically costs €11 for an adult, but children under 18 and visitors from the EU under 25 get free admission. There is car parking for the day (€9.10 low season / €14.20 high season) on the mainland which includes a free shuttle bus to and from the island. The horse-drawn carriage across the causeway costs €6 each way.

Other Historical Buildings in Léhon & Dinan

Here in Léhon, there are historical buildings just a couple of minutes walk from Val Rive. The ‘Abbaye Saint-Magloire’ (just around the corner) was originally built in the 6th century and rebuilt in the 12th and 14th centuries. ‘Léhon Château’ is a former Norman castle overlooking the village and reputedly the oldest in Britanny. To reach the ruins, walk up Rue Le Bourg, past the Abbey, bear left onto Rue de l’Abbaye and then turn left into Allée du Château.

For a real glimpse of Medieval France, make your way to the centre of Dinan to discover it’s charming, cobbled streets and crooked, timber houses. From here you’ll easily find ‘La Tour de L’Horloge’, the 40m high clock tower built in 1505. There’s also the ‘Église Saint-Malo de Dinan’ church and ‘Basilica Saint-Sauveur’, another church from the 12th century that successfully blends different architectural styles. Dinan has retained many of the old city walls (ramparts) that surround the town, and from the turret just beyond the Basilica church garden, you will be rewarded some magnificent views of ‘Port de Dinan’ and the valley below. 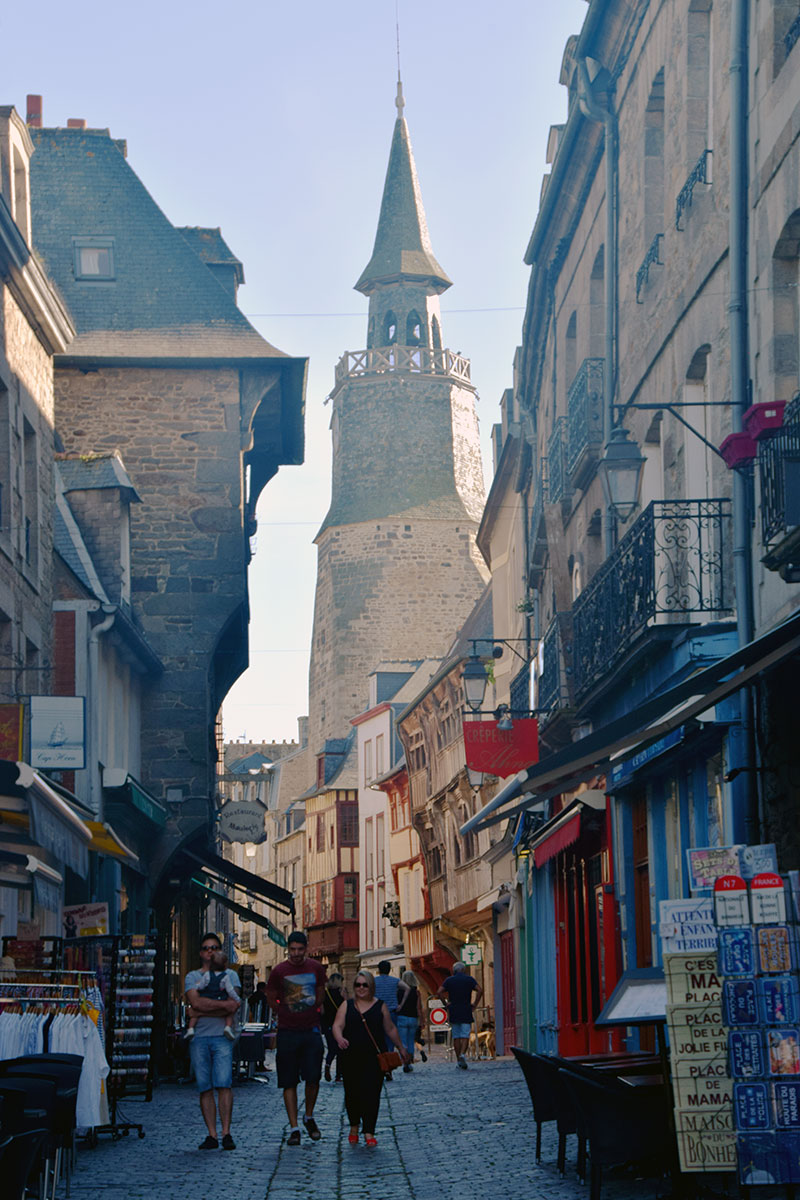 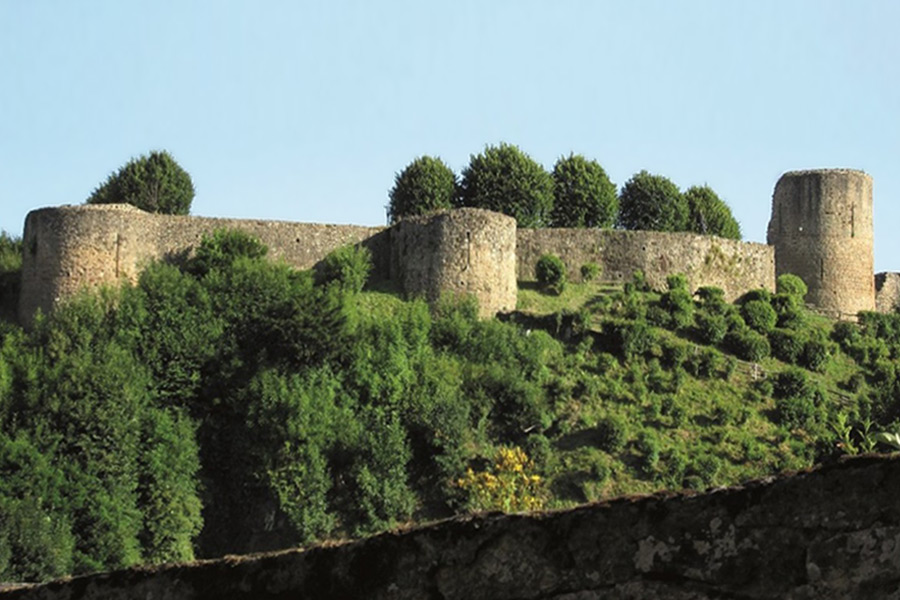