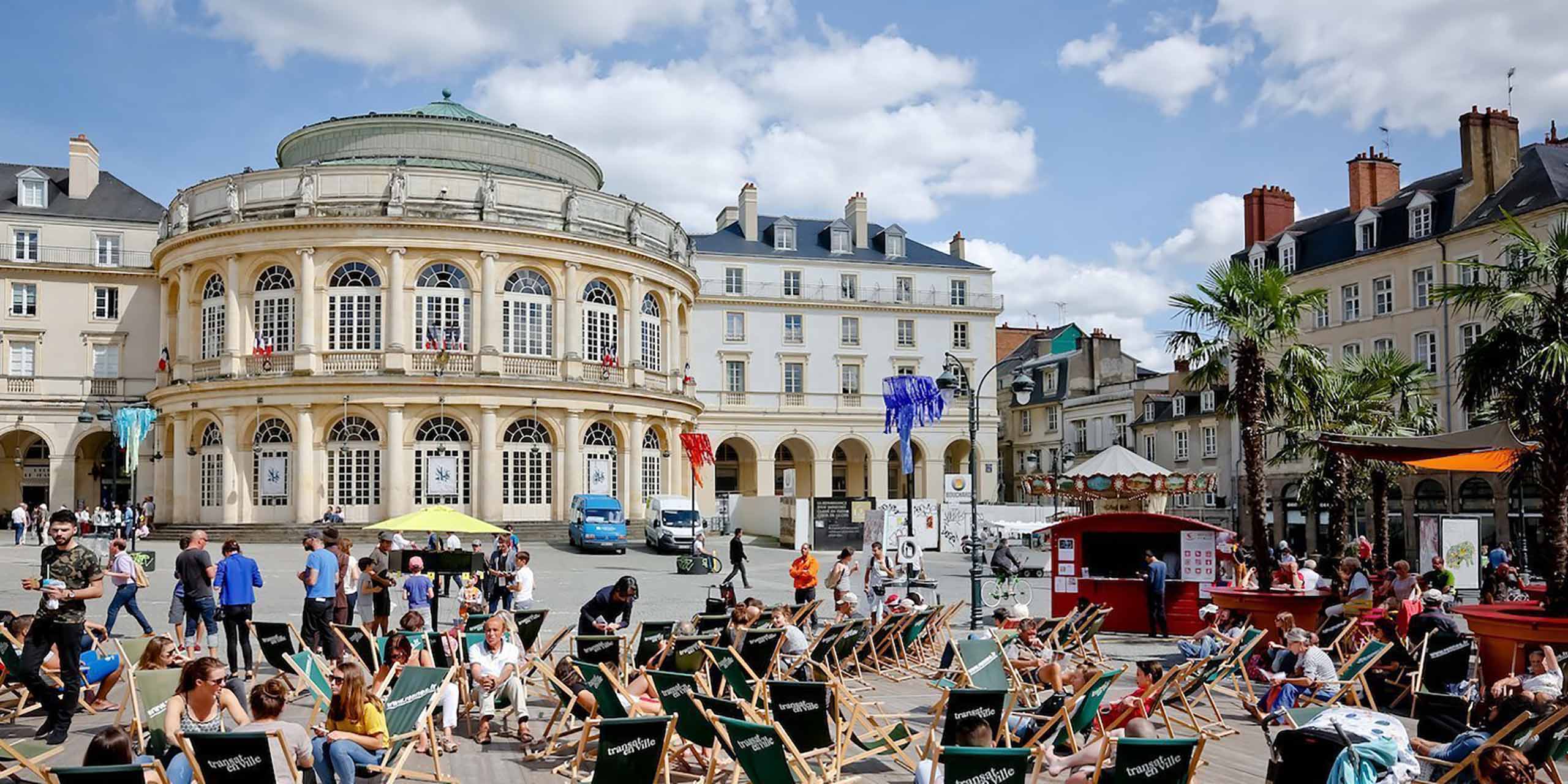 There is much to do right here, in and around Léhon and Dinan, but we’d have no hesitation in recommending our guests find the time to venture a little further and discover more of the wonderful sights that Brittany (and Northern France) has to offer.

All information provided here is for guidance purposes only and is subject to change or error. Always check online or at the tourist office for up-to-date information. If you notice a mistake, please feel free to make us aware of it. 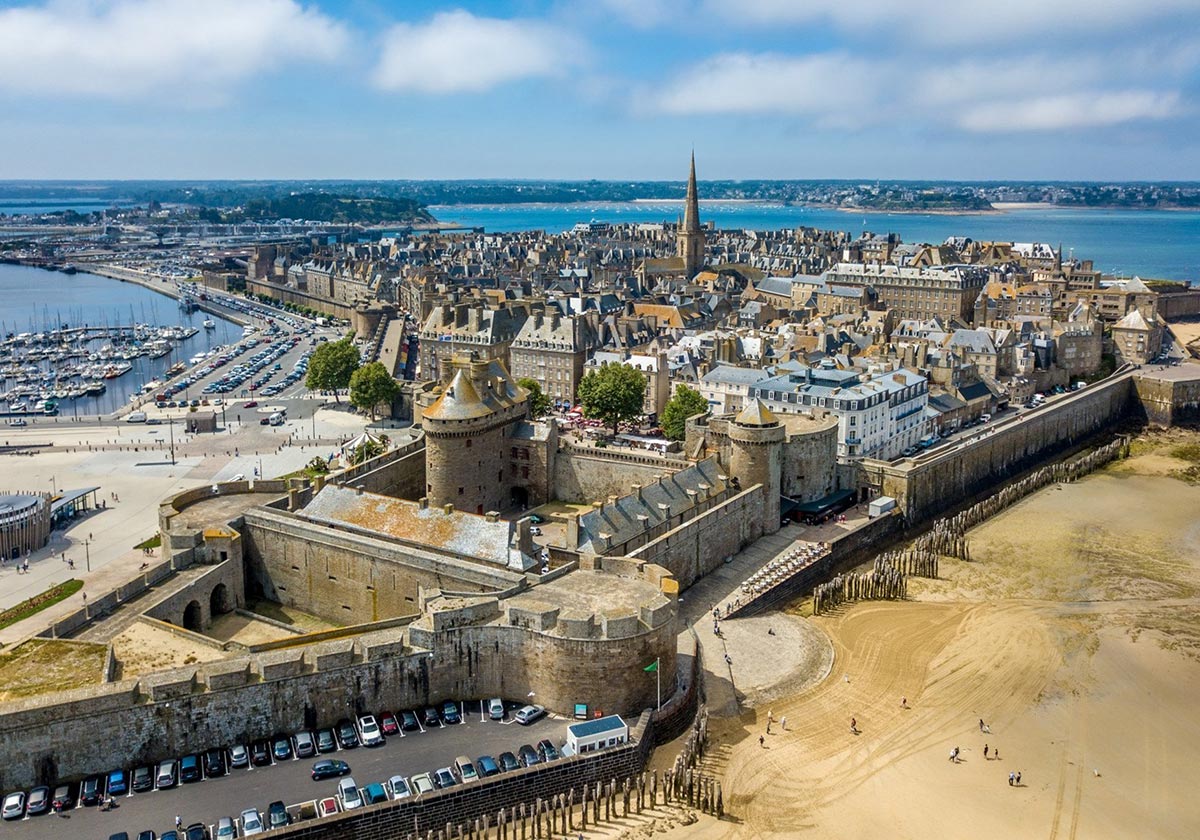 The coastal port town of Saint-Malo is just half an hour away by car, and we highly recommend a visit if you have the time to do so. Large stone walls surround the old city, which was once a stronghold for privateers (pirates approved by the king). Within the walls you might find ‘La Demeure de Corsaire’, an 18th-century privateer’s house and museum. In the centre of the old city, amongst the shops and many cafes and restaurants, stands the Saint-Malo Cathedral which is built in Romanesque and Gothic styles and features stained-glass windows depicting the city’s history. There’s also a town museum ‘Musée d’Histoire de la Ville et du Pays Malouin’, by the marina on the outer edge of the old city, where you will also find the tourist office. At the marina you might also see the ‘Étoile du Roy’, a replica three-masted frigate, built for a TV series and designed to represent a Nelson-era warship. 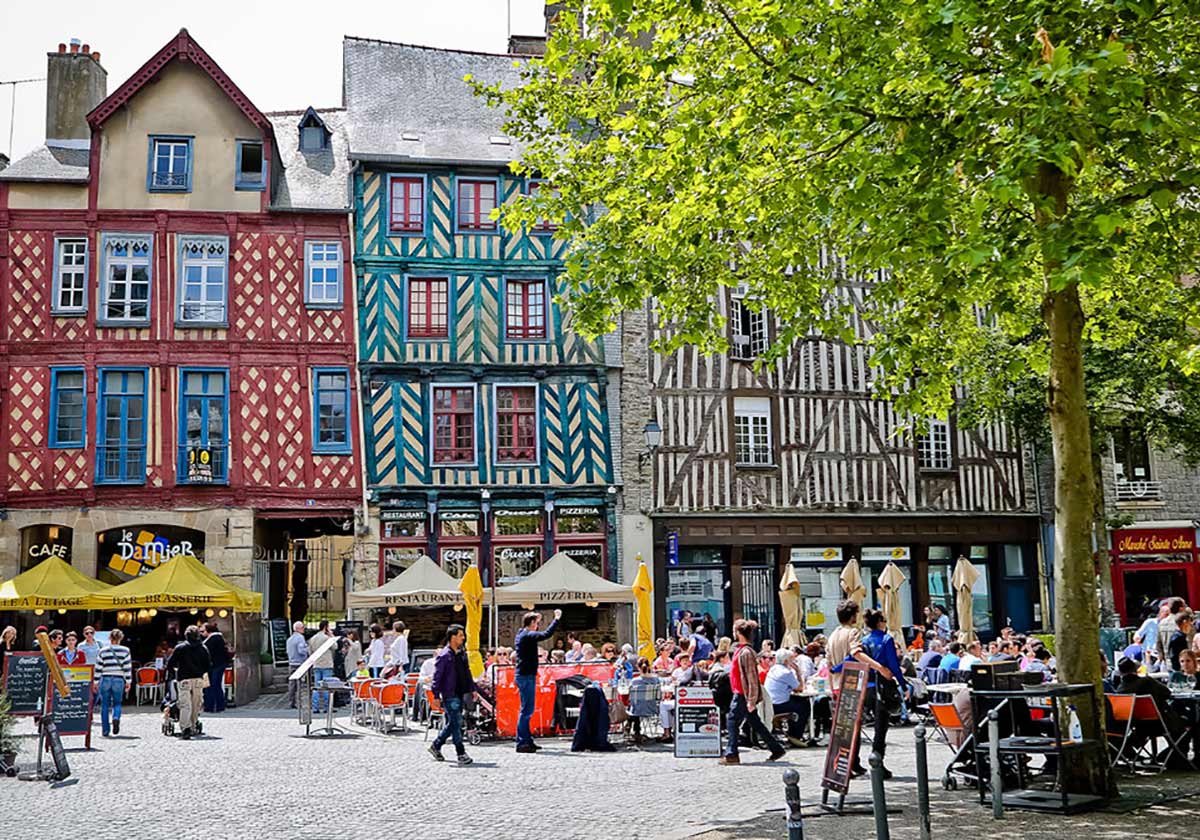 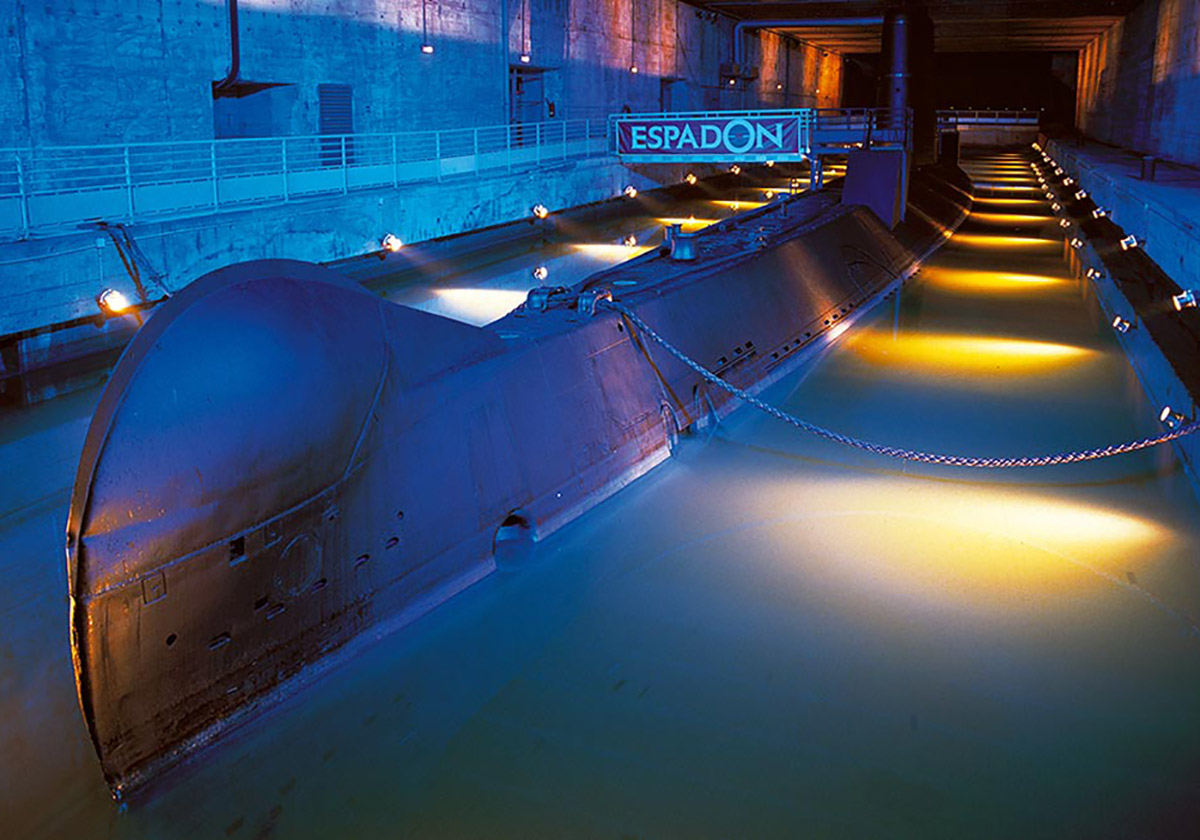 The historic town of Saint-Nazaire, on the Atlantic Coast, was once home to one of the largest docks in the world. During World War II it serviced Nazi Germany’s Atlantic naval fleet and was therefore of strong strategic importance. In 1942 the huge Joubert dry-dock was destroyed in the ‘The St. Nazaire Raid’ and has been the subject of many books and documentaries. A heavily fortified U-boat (submarine) base was also built shortly after the German occupation and this still stands today. Here you can see an exhibition about Saint-Nazaire and take a tour of the ‘Espadon’ submarine (€10 for adults and €5 for children).

Up the coast at Lorient, there’s another U-boat base with guided tours of the U-boat pens for €6-7. You can also choose to visit the French ’Flore’ submarine and interactive museum, at additional cost. 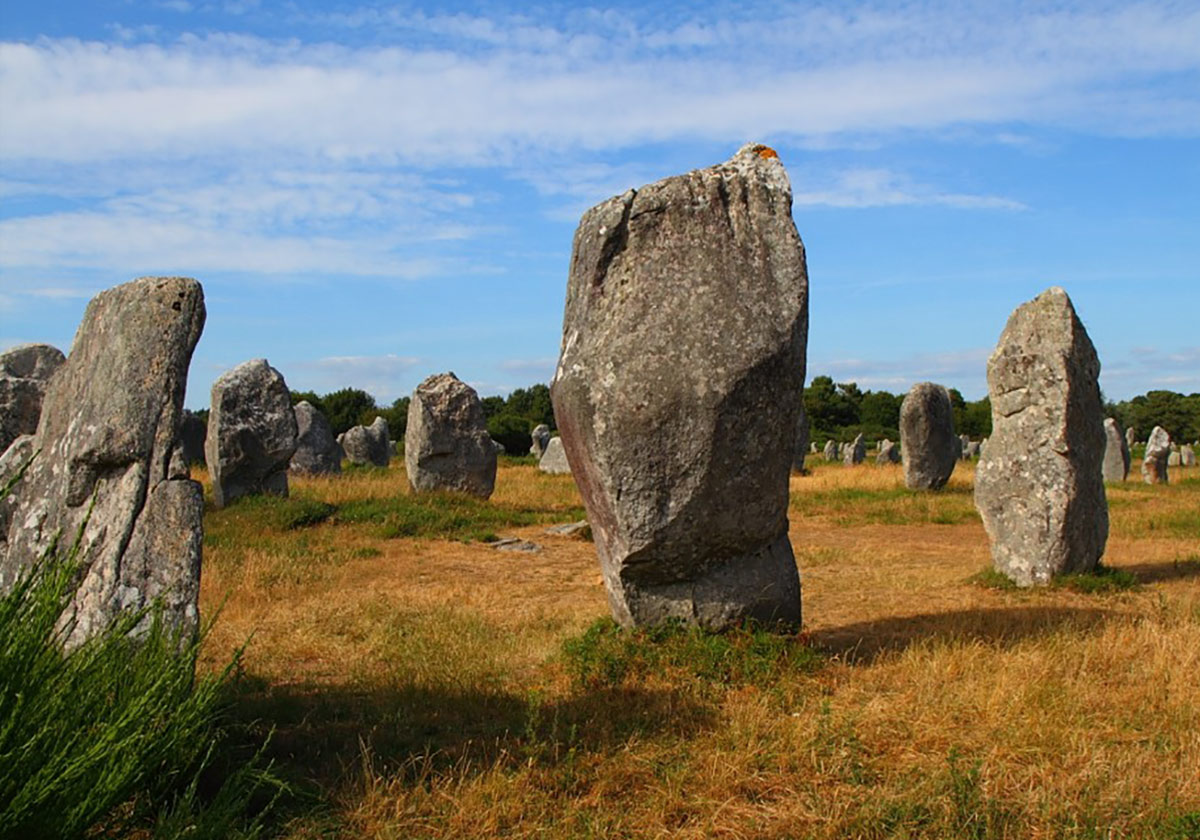 Carnac is located on the coast between Saint-Nazaire and Lorient and renowned for ‘The Carnac Stones’ – an exceptionally dense collection of megalithic stones. More than 3,000 prehistoric standing stones were hewn from local rock and erected at some stage during the Neolithic period, probably around 3300 BC. They’re the largest such collection in the world. 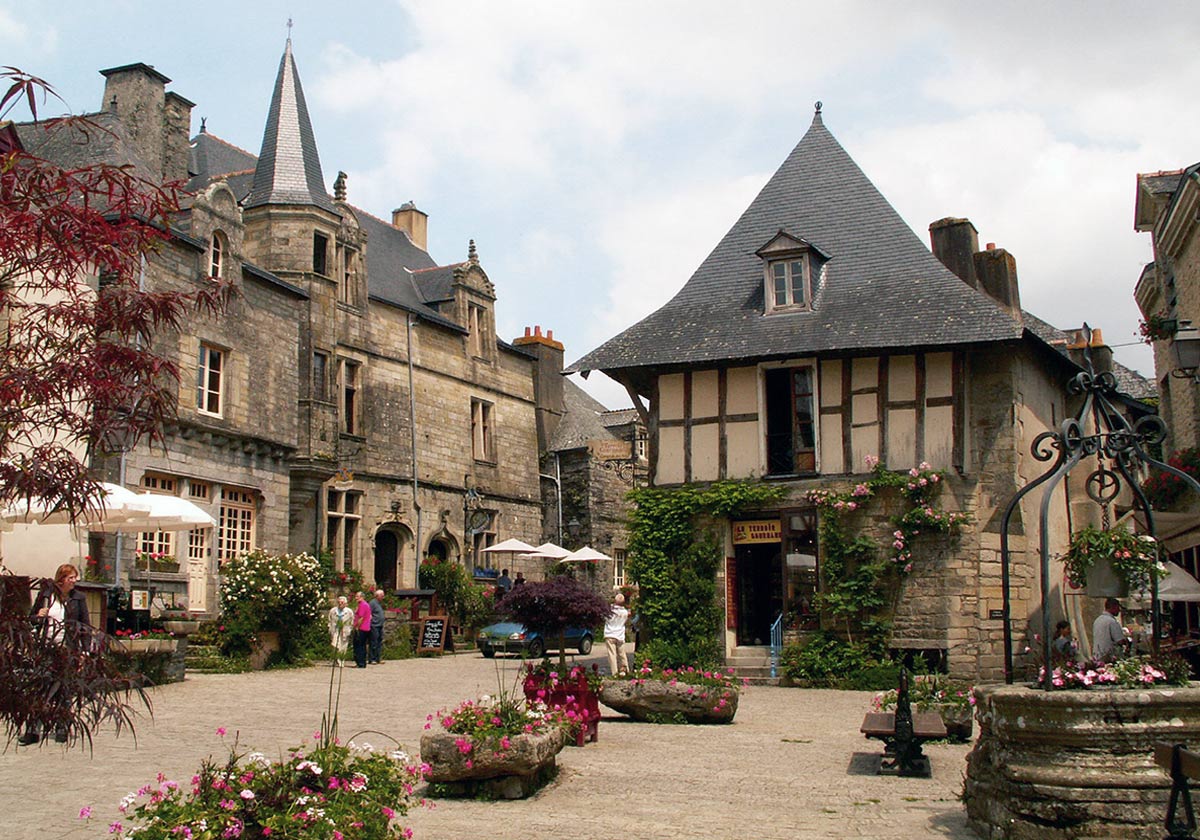 Also, worthy of mention is Rochefort-en-Terre, and well worth stopping by if you are making the journey to Lorient, Carnac or Saint–Nazaire. It has been voted one of France’s most beautiful villages and has been personally recommended by one of our guests for its lovely artisan shops and very good restaurants. There is a tradition of dressing the houses in the narrow streets with geraniums, and from April to September the streets are beautifully illuminated from dusk until midnight. Just outside Rochefort-en-Terre is ‘Plage du Moulin Neuf’ – a lake with a long sandy beach with various activities you can arrange to do there. 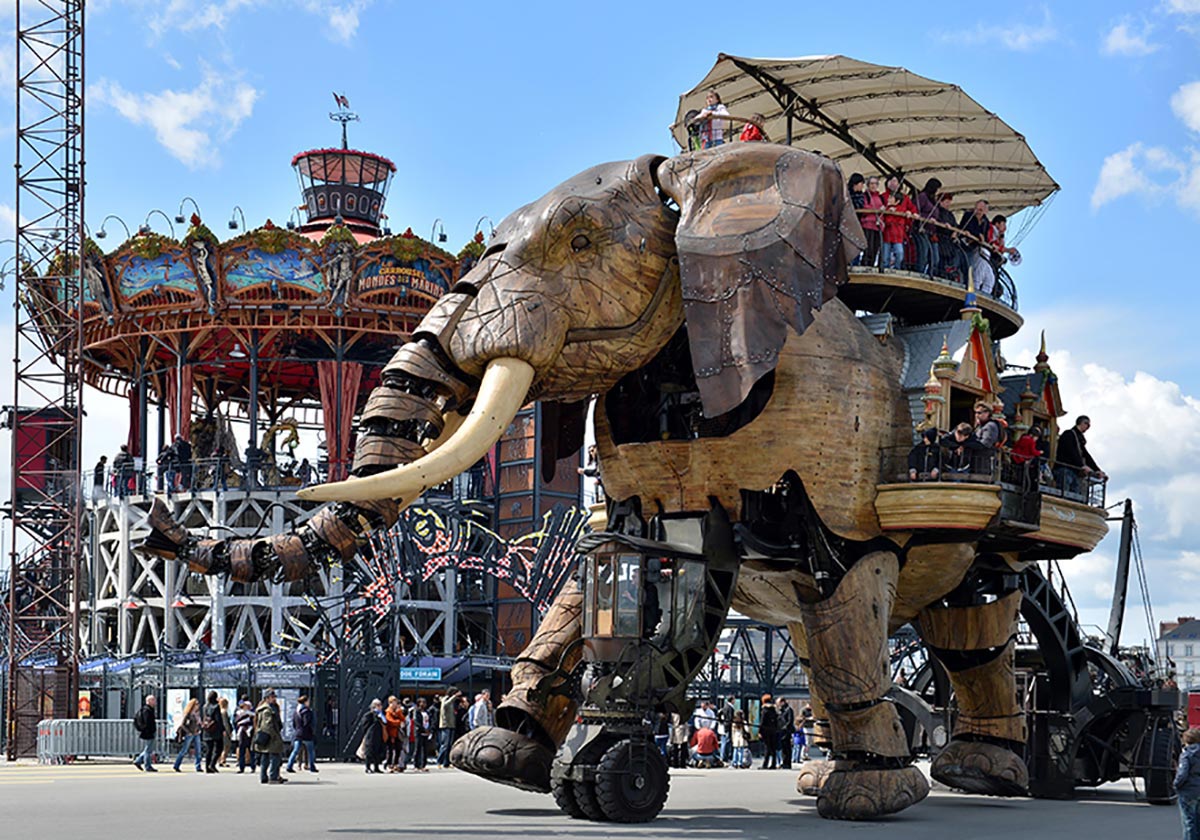 A little under two hours away, Nantes is the largest city in north-west France and the capital city of the Pays de la Loire region. It was one of the major cities of the ancient Duchy of Brittany and although officially separated from Brittany in 1789, Nantes is culturally ‘Breton’ and still widely regarded as its capital city. Nantes has a rich history and features prominently in the Breton battles throughout the ages. The ‘Château des Ducs de Bretagne’ (Castle of the Dukes of Brittany) and ‘Cathédrale Saint-Pierre et Saint-Paul de Nantes’ are well worth visiting, as is shopping in the pretty ‘Passage Pommeraye’.

Another great point of interest is the ‘Ile de Nantes’ (the Isle of Nantes), which has been transformed into a cultural centre on the site of the former shipyards. ‘Les Machines De L’Ile’ features a mechanical ‘Great Elephant’ you can ride upon that is 12m high, the ‘Marine World’s Carousel’ and the ‘Machine Gallery’. 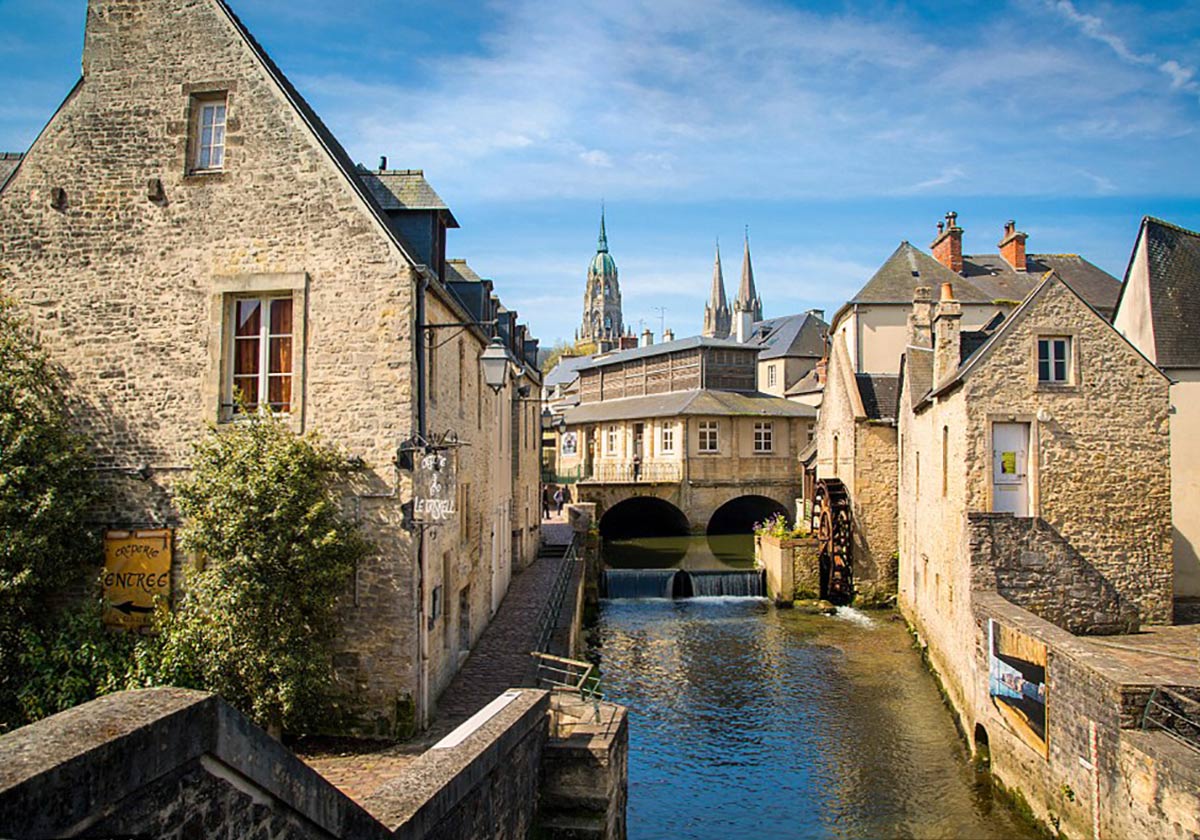 Bayeux is a major tourist destination in Normandy, best known for the Bayeux Tapestry – an embroidery, 70 metres long, made in the 11th century and listed as a ‘Memory of the World’ by UNESCO. The tapestry depicts the Norman conquest of England by William, Duke of Normandy and it can be seen at ‘Musee de la Tapisserie de Bayeux’.

The town is also known for its Bayeux War Cemetery – the largest World War II cemetery of Commonwealth soldiers in France – and Bayeux Memorial. Most of those buried there were killed in the invasion of Normandy and every year on 6th June (D-Day) the Royal British Legion National holds a service of remembrance there. The ‘Musée Mémorial Bataille de Normandie’ commemorates the Battle of Normandy and makes up a trio of ‘Bayeux Museums’ in the town centre, which also includes the ‘MAHB’ that celebrates European art. 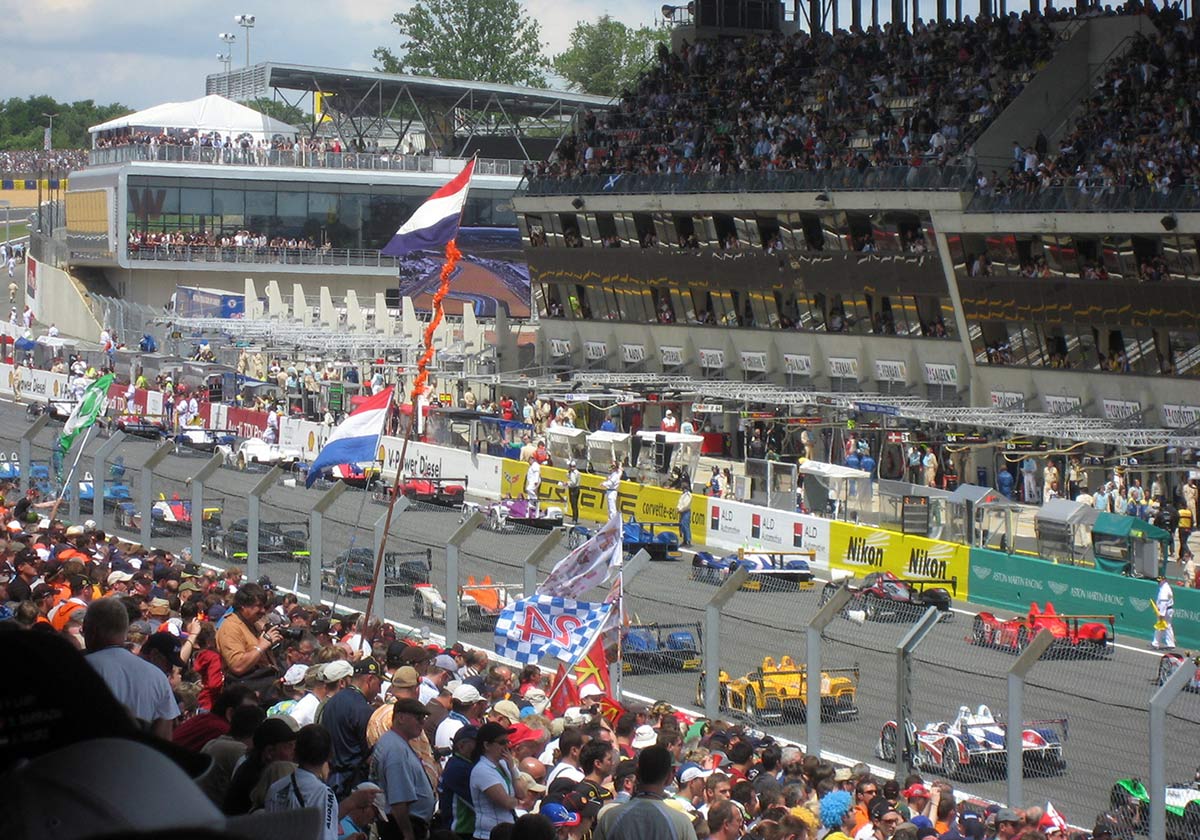 Le Mans is the traditional capital of the province of Maine, and just a two-hour drive away. It has a well-preserved old town complete with cobbled streets and half-timber houses, and there are remnants that go back to Roman times. Of course, it’s best known for the ‘Circuit de la Sarthe’ racing track and the 24-hour race that bears the city’s name.

For information on driving experiences and motorsport events at the Le Mans circuit: www.lemans.org/en